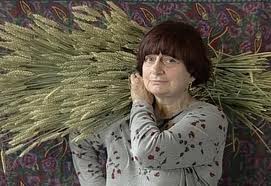 Historically, gleaning was a strategy to create small food surpluses for the poor. Mosaic law decreed (Leviticus:19:22) that “When you reap the harvest of the land do not reap to the very edges of your field or gather the gleanings of your harvest. Do not go over your vineyard a second time or pick up the grapes that have fallen. Leave them for the poor and the alien.”

Gleaning persisted in Europe for centuries as a customary right. In early 19th century England gleaning rights for a farm laborer’s family could amount to six or seven weeks’ wages. But as the gentry privatized land, both through purchase and by enclosing the commons, customary access to property was revoked and gleaning prohibited. Displaced farm labor became an agricultural proletariat even before migration to manufacturing centers created an industrial proletariat. In mid-19th century France, where two-thirds of the population remained peasants, the destitute had to apply to the commune for a license to glean and, once in the field, were supervised by field wardens who enforced local laws.

Indeed, in The Gleaners, painted in 1853 by Jean-Francois Millet, the horseback figure to the distant right of the stooping women — les glaneuses — is such a warden, or garde champetre. This work, one of the most reproduced of Millet’s works, becomes a touch- stone for Agnes Varda, who studied art history at the Ecole du Louvre before taking up photography and eventually filmmaking.

Tonight you will see an extraordinary documentary, in which Varda reveals gleaning as a social process, which she describes in a brilliant collage: scenes of rural gleaners gathering potatoes, grapes, apples, olives, figs — even oysters — as well as images of urban gleaners who collect market leftovers and dumpster-dive, and still others who scavenge city curbs on trash days. These scenes are intercut with conversations with gleaners, jurists, artists and others commenting on the economic, legal, esthetic and ethical dimension of gleaning.

For Varda, gleaning is a metaphor for her own work of gathering these scenes and images and conversations. Yet it also represents and is a link to a simpler way of life, part of a past recalled or imagined with longing. The film is thus, in part, a meditation on memory and growing old. But it is moreover a lesson in political economy because it raises questions about a vast range of issues concerning the production, distribution and consumption not only food but of all sorts of goods.

As a postscript, you may be interested to know that there is a sequel to tonight’s film.
Varda was so moved by the appreciative response of viewers — not only prizes and
awards but letters and gifts from around the world — that she decided to revisit many
of the film’s subjects and to meet and interview some of her fans. The resulting film,
The Gleaners and I: Two Years Later, which appeared in 2002, does not significantly
expand the content of the original but does amplify its context.

Thank you for coming tonight. I hope you enjoy The Gleaners and I. It is a beautiful and stimulating film that offers much food for thought.

This introduction was presented on 9 September 2011.