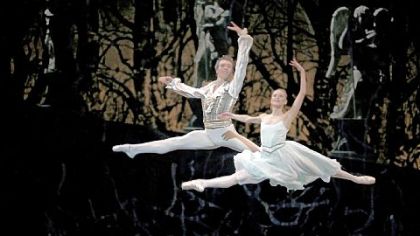 My comments tonight are those not of an expert on dance but those rather of a labor  historian interested in films dealing with labor themes. I will remark briefly first on Wiseman’s documentary technique, then on the structure of tonight’s film and finally on dance as work.

Frederick Wiseman, who turned 80 this year, did not start out a filmmaker. A professor at  Boston University he took his law students to observe the treatment of the criminally insane  at a state correctional institution and wound up documenting the abuse of inmates in his first  film, Titicut Follies (1967). He has since made almost 40 films which together form perhaps  the single most important film record of American life, as represented in its institutions: schools, courts, welfare and housing agencies, etc. 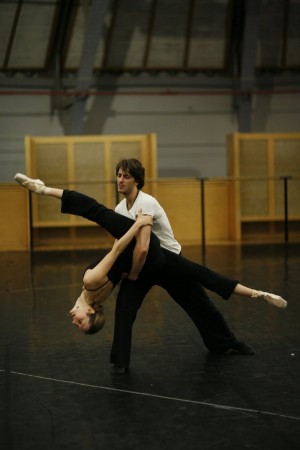 To appreciate his work it is useful to understand Wiseman’s method: – He does no preparatory research on his subject, believing that research is first in filming,   then in editing. So he just shows up to observe and record. – Wiseman records sound himself:  sound is very important in his work, especially “the   words people use, the relevance of tone or changes of tone, pauses, interruptions…” – He leaves camera work to his longtime cinematographer, John Davey, who shoots on   16mm film -– They complete their documentation in 4 – 6 weeks – He edits manually, over several months, on a flatbed: “there’s something artisanal about  handling the film.”  Wiseman insists on the primacy of editing: “In a documentary, you don’t find the script until the last day of editing, when you’ve finally frozen the picture and  the  sound.” – Wiseman’s films eschew many techniques common to documentaries: there are no  voiceovers, no interviews, no fades or wipes, no musical film score. Cuts are clean.  What you see and hear is what he got. – As a matter of principle Wiseman accepts no private funding – all his work has been   publicly supported and shown on PBS. – Finally, to maintain control of his work, Wiseman established his own company,  Zipporah Films.

The Structure of La Danse

Describing ballet Artistic Director of the Paris Opera Ballet, Brigitte Lefevre, observes that  “a dancer is both the race horse and its jockey.” Similarly,  Wiseman’s film is both about  dance generally and the Paris Opera Ballet specifically. “The star of my film is always the  place,” Wiseman says, and this film reveals the physical site, the Palais Garnier, from top- to-bottom – literally, from bees on the roof to fish in the water beneath the building – and  shows much of the rest of the building including rehearsal and performance spaces, offices,  cafeteria, costume workshops, stairwells, and so on. We even see how the building is  cleaned, maintained, repaired.

As the camera and microphone explore the space, they document the many aspects of  dance itself – la danse – from the training and practice of the dancers and the work of  choreographers and coaches to the rehearsal and performance of actual works; from  decisions of the artistic director to the discussion of retirement benefits in the dancers’  union contract. The sequence of this exploration and depiction, achieved in the editing,  gradually builds the film’s structure so that after two-and-a-half hours one leaves the film  with a palpable sense of the Paris Opera House and an experience of the dance that  transpires there. Wiseman claims that “If a film of mine works, it does so because the  verbal and pictorial elements have been fused into a dramatic structure.” Moreover, he  stipulates, “the structure must create the illusion, even if it is temporary, that the events  seen in the film occurred in the order in which they are seen on the screen.”  You must  judge for yourselves whether Wiseman has succeeded.

In the course of documenting the processes of dance, the film documents the work of  dancing – the years of training and practice, the arduous discipline of rehearsal, and  the extraordinary physical and mental effort of performance.

The contradiction of course is the great effort dancers devote to making their work  appear effortless. The discipline necessary to develop and hone ballet skills, the physical  demands of ballet on dancers’ bodies, and the stress of performance combine to make  ballet dancing a difficult and dangerous line of work. Ballet dancers, described by  choreographer Maurice Bejart as “half nun, half boxer,” suffer injuries as serious and as  frequent as those experienced by professional athletes in such contact sports as football.  They also compete for jobs and vie for roles, earn generally low salaries when working, and can rarely sustain their careers beyond age 40.

These working conditions are recognized by  the American Guild of Musical Artists, AFL- CIO, which argues that “Performing artists live to perform. But their talents, their skill and  the beauty they create won’t necessarily pay the rent, put food on the table or guarantee  the necessities of life. Without forceful advocacy and defense of their rights, artists may be  vulnerable to exploitation …They need protection.” Dancers who join the AGMA work  under contracts that deal with their workplace issues: hours of practice and performance,  compensation, job security, health and safety, retirement, etc.

Non-union dancers express a different view: “We get a lot more done in less time without  the union around…We are making art. We are not factory workers. You can’t say `no’ in  our business, or the art suffers.”

Watching the Paris Opera Ballet dancers at work and listening to the film’s discussion of  their work,  it is hard to believe that their union makes their art suffer or that they would  dance better without a union. But you can make up your own minds as you enjoy the film.

This introduction was presented on 24 September 2010.