Paolo Cherchi Usai is Senior Curator of the Motion Picture Department at George Eastman House (Rochester, New York). Co-founder of the Pordenone Silent Film Festival in Italy, he is also Director of the Eastman House’s L. Jeffrey Selznick School of Film Preservation; Curator Emeritus of the National Film and Sound Archive of Australia; and resident Curator of the Telluride Film Festival. 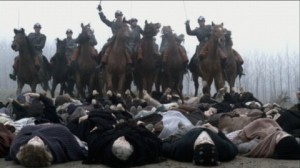 Bertolucci’s 1900 came out in 1976. Originally 301 minutes long, it was shown as two separate films released in Italy a few weeks apart.  An abridged version, a single film 248 minutes long, was shown over Bertolucci’s protest in the United States. The complete version was screened in major U.S. cities in 1982, but did not have a nationwide release. The director’s cut, which we are able to show tonight, requires a warning: “This film contains graphic sex, extreme violence, flamboyant profanity, child abuse — and Communism! END_OF_DOCUMENT_TOKEN_TO_BE_REPLACED 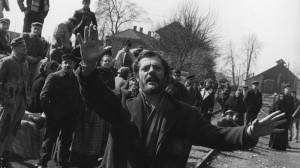 The Organizer was originally released in Italy in 1963 under the title I Compagni. It was made and shown to general audiences under interesting, and to some extent, peculiar circumstances. To begin with, it was a film about social conflict, directed by a man considered a master of light comedies. His name was Mario Monicelli and he was already well known for his previous film work.  One such film is I Soliti Ignoti (1958, known in the U.S. as Big Deal on Madonna Street), one of the biggest box office successes in post-war Europe. Another of his films, La Grande Guerra (The Great War, 1959), had won honors at the Venice Film Festival, sharing the Golden Lion Prize with Il Generale della Rovere by Roberto Rossellini. END_OF_DOCUMENT_TOKEN_TO_BE_REPLACED 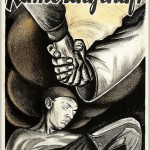 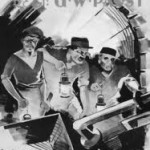 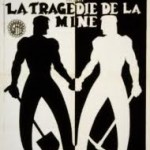 In 1958 film critics and historians held a referendum in Brussels on the thirty greatest films ever made. Kameradschaft ended up as film number twenty-six on the list, ranked with films such as The Rules of the Game and Citizen Kane. I don’t know if this film would make a similar list today, but I have to say that half a century after that poll, Kameradschaft still stands out as one of the most remarkable films ever made. END_OF_DOCUMENT_TOKEN_TO_BE_REPLACED